This is still Work In Progress but we value constructive feedback: please check the issues page and eventually file a bug or a feature request.

The pruatlas package provides helpers for generating maps of interest for PRU publications.

There are both high and low level facilities. For an example of a high level helper, the code for plotting a map of the Germany country FIR and ANSP is as follows: 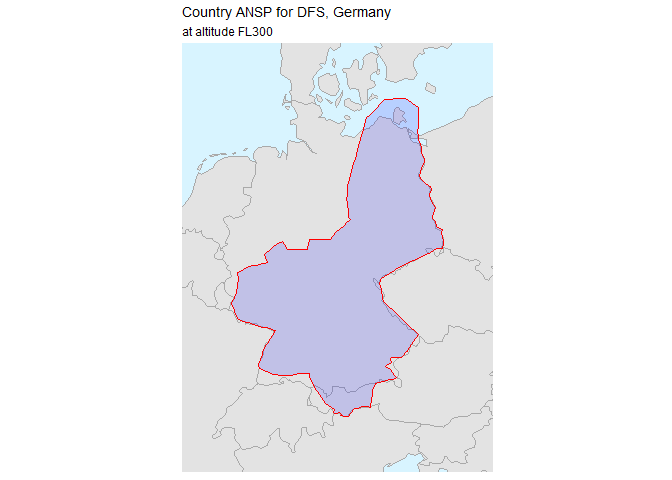 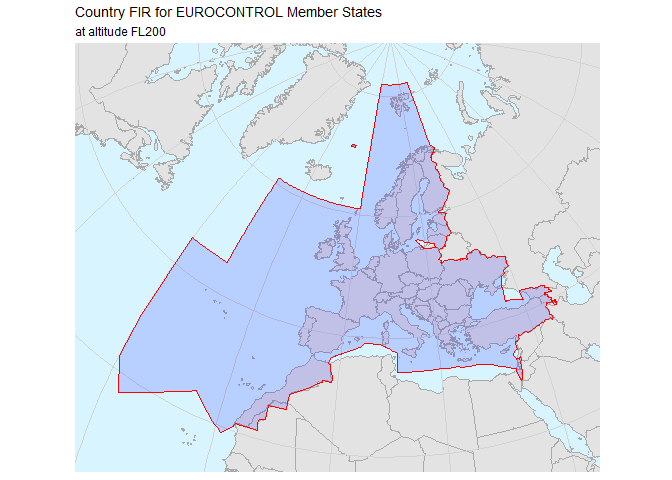 Lower level functions or datasets include for example countries50m, the Simple Feature for the whole world countries or extent_fir() to calculate the bounding box of a country FIR.

The package contains the following aviation GIS datasets (for CFMU AIRAC 406, see below):

If you need polygons in different AIRAC’s that the one in the package and have access to EUROCONTROL DB, you can have a look at the scripts in the data-raw directory. For example export_nm_fir_geojson.R or export_ace_ansp_geojson.R allow for exporting FIR’s or ANSP’s to GeoJSON which can be read as {sf} features via sf::read_sf().

Pruatlas is still in early development and it is only available on GitHub. It relies and uses the functionality from the sf package and this relies on a working installation of GDAL, see the sf installation instructions for directions.

In order to install pruatlas you need to run: